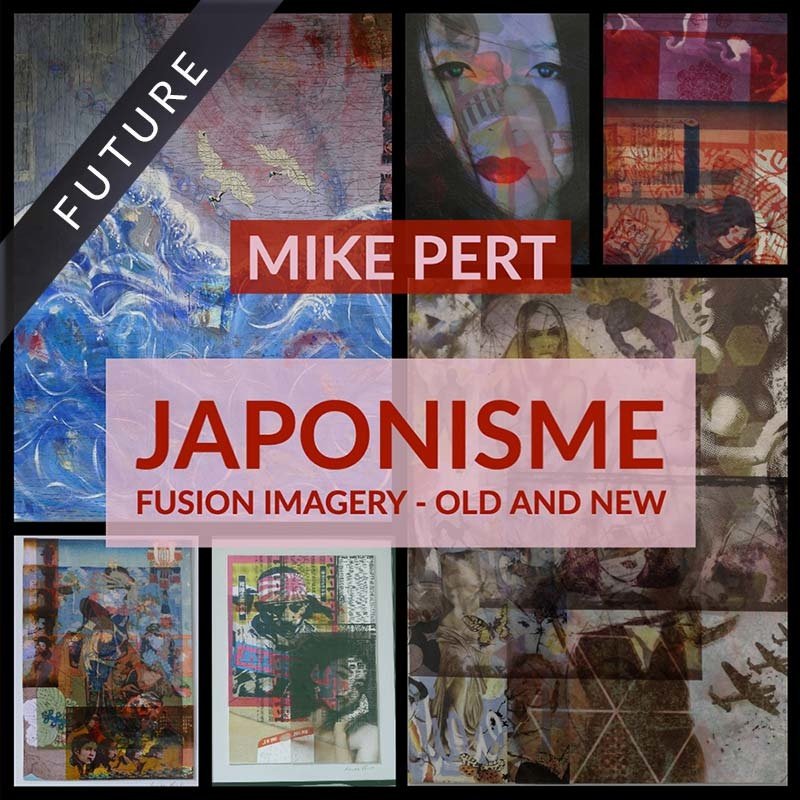 A Fusion of Japanese Images Old and New 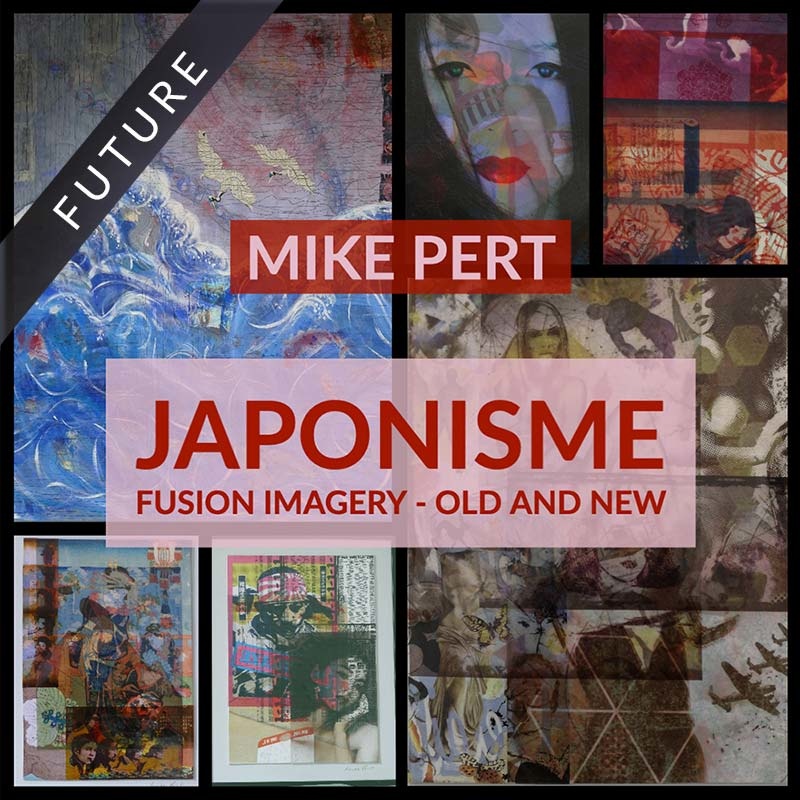 A solo Exhhibition by MIKE PERT


I have a very long standing fascination of Japanese art, design and textiles and its influence on Western Art, after that once very closed country opened up to the rest of the world.

However, my father had been a Prisoner of War of the Japanese, during the Second World War following the fall of Singapore. As a result, my burgeoning interest in most things Japanese was not exactly encouraged or met with enthusiasm.

There is I hope a mixture here of paintings and collages that portray a bit of traditional and modern Japan and my personal interest and enjoyment.

The collages shown here are produced by printing collected images individually on overhead projector film. Then the fun starts. I arrange the images overlaying one on top of the other until I am satisfied with a composition then, trying to remember the layout, I spray mount the different layers of images on a canvas board. Some have only two or three layers, some as many as seven or eight. 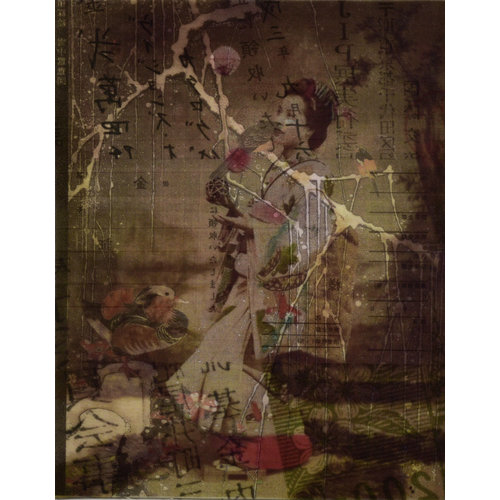 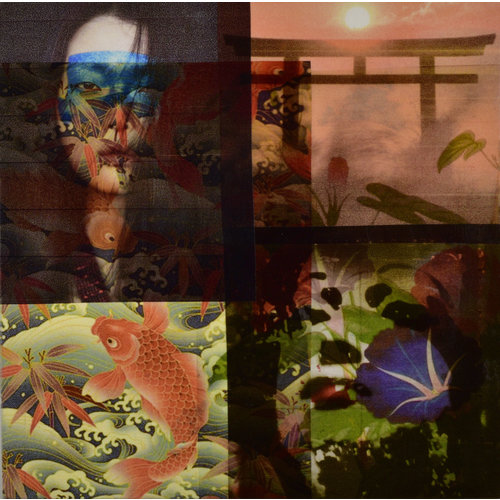 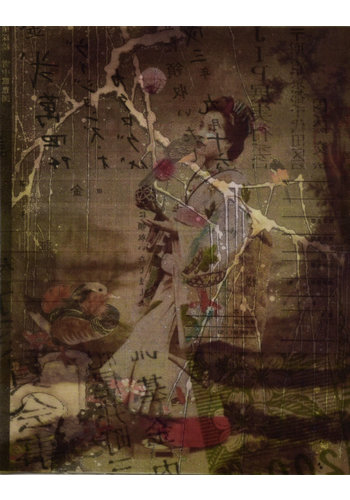 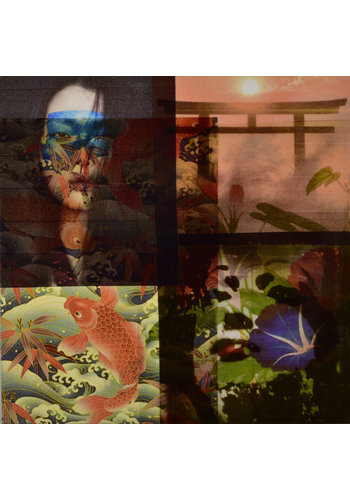